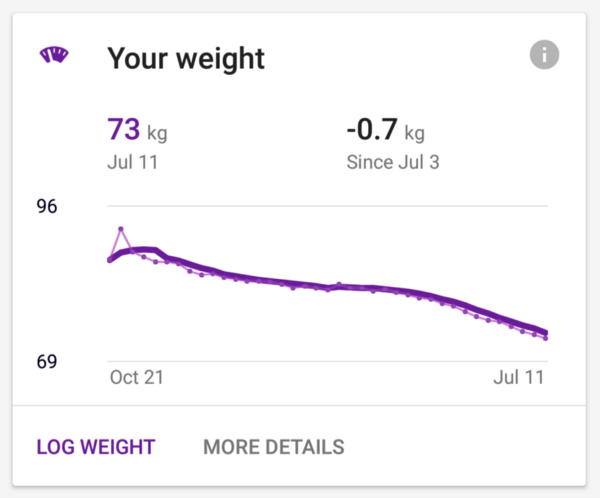 So coming to my story, I didn’t quite intend to lose weight, or follow any diet, or did a rigorous workout. I believe that it’s basically the result of negative-feedback in my brain. Sounds weird right? I’ll explain.

Depending on where you come from, this might not look bad enough, and which was the exact attitude that kept me from doing anything significant about it (and I never did!). I tried the gym, but I always felt it wasn’t quite a sustainable solution, I wanted something that I could do in my daily routine.

It’s like, you can starve for 2 months and lose plenty, but that one day when you decide to eat something good, you just lose your control. Similarly, you might work out well for 2 months, but a long vacation to grandma’s might be enough to make you lousy again. These are very fragile methods in my opinion, for my sort of lifestyle in which work, commute, *cough* Netflix take most of the time.

So what started the chain of events was this app called Google Fit. It’s a basic fitness app that uses your phone sensors to calculate steps/calories burnt/distance covered. That’s pretty much it. 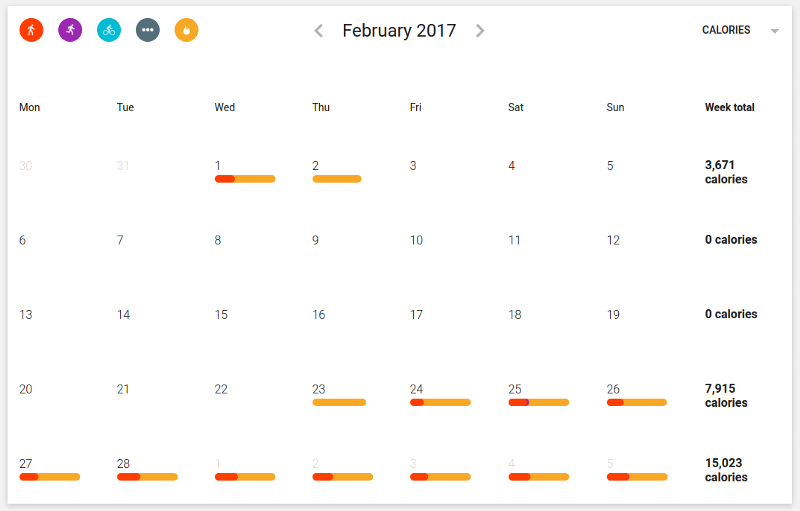 23rd of February is when I installed the app, though it took 3 days to get me to work on my goal.

Annnnd I forgot about it for three days. I opened it one day to see that I actually completed the goal of 10,000 steps on a Saturday when I went for a walk by the lake. That was easy! What I also observed was that I roughly burnt 1,700 ~ 2,000 calories by doing nothing throughout the day. Even if the data isn’t accurate, the sensor and environment conditions remain the same, making it a reliable way to observe variations and not the absolute values.

My brain was intrigued by these numbers. It’s almost how you add hashtags to Instagram posts to get more likes, and once you do get more, you overdo it, and the cycle continues. Just that, here you get likes from health! 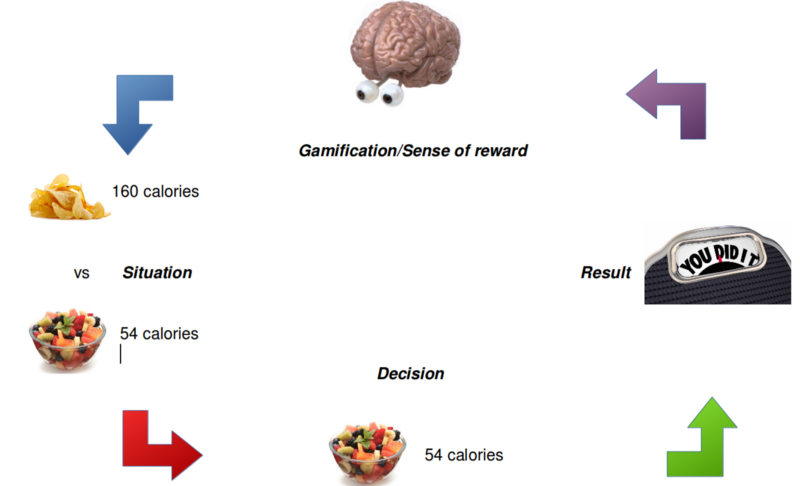 So the first thing I did was that I reduced the goal to 9,000 steps to make myself feel better. And every week I increased it by 500–1000 steps as and when I started getting a good rhythm.

Remember, one is a breakfast, one is a drink with a snack, and other is added to your lunch just like that!

Not only I became more aware of the calories that I put it, I also started reducing them by simply cooking at home with better alternatives.

This number was insightful in an indirect way. Knowing that I was burning say 2000 calories daily, by ensuring low-calorie diet (without compromises), and burning more than the usual 2000, there was no way for me to not lose weight. And I did.

Losing weight is really no rocket-science. Either take in lesser calories or burn more than you eat or BOTH!

Adding to these two numbers, I also bought a nice digital weighing scale, only to get depressed every morning, which again helped me complete those extra 500 steps or choose fruits overs chips for snacks.

So to summarize, all I did was; 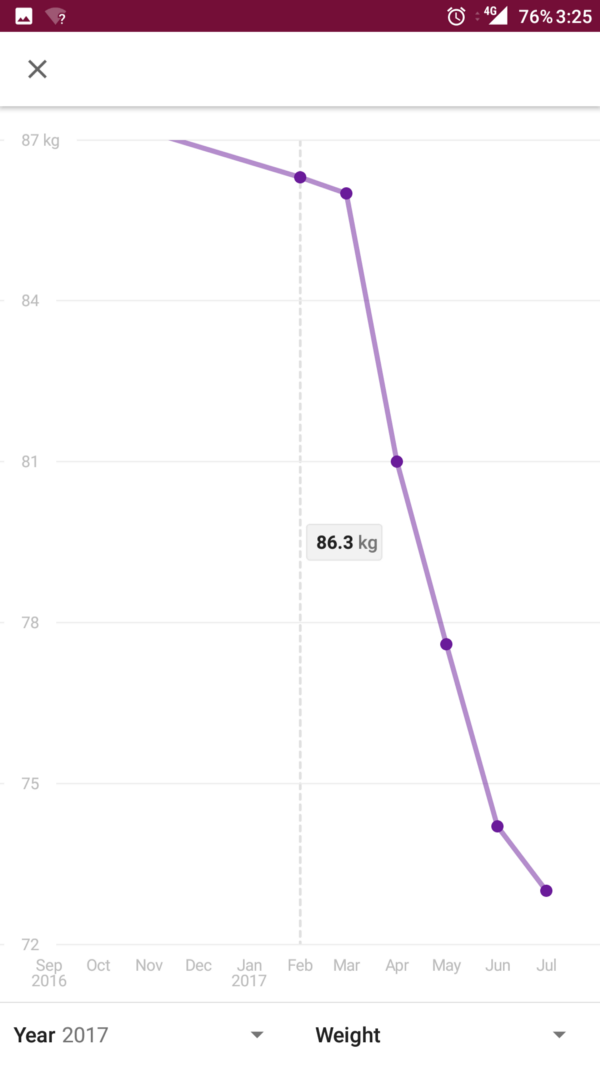 I basically lost roughly 1 kilogram a week. At the same time I also went to grandma’s house (= fat rich food), ate out and ate heavy items (= too many calories), and even fall ill (= very little walk). I simply increased my steps for those days or did extra steps later. Basically, I didn’t change my lifestyle at all, apart from dedicating 2–3 hours to walk and cooking daily. 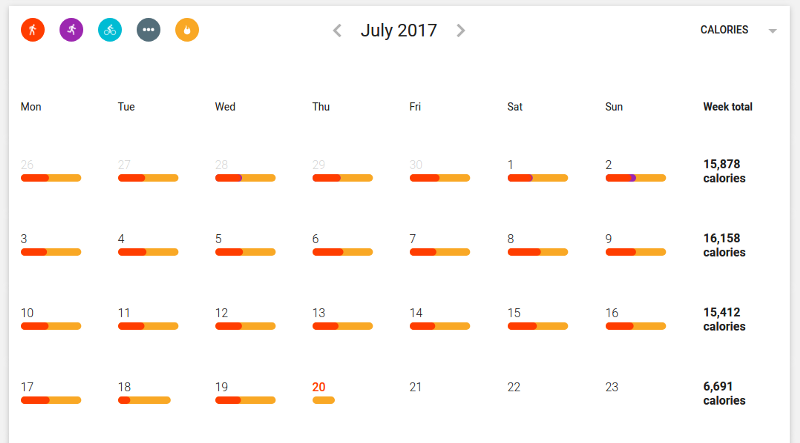 I meet my goals daily, and compensate whenever I eat outside.

So by minor changes in my lifestyle, I found myself becoming less lethargic, which only helped me improve it more and more. I could work for long hours, walk for 2 hours, then cook food and still feel active!

Over time, I also found myself leaning towards a vegan diet. Watching Cowspiracy and What the Health helped me with it greatly. I still have milk in coffee (creamer as it’s called in the west) & ice creams on some days though. Still working on it. YouTube Channels like Raw. Vegan. Not Gross & Cheap Lazy Vegan help me a lot with non-dairy experiments. It’s simply unavailability of vegan alternatives in India that make me lose to coffee creamer.

Some clarifications I want to make here;

As always, it worked for me, but might not work for you. However, I’ve seen people reduce weight just by, say, getting rid of sugar, or meat, or dairy. In my case, these were already pretty much absent. Apparently, dieting wasn’t enough to pull this off alone, which is why I believe basic exercise like walking together with a better diet helped me overall. My advice would be to not look at long term gains, but to compare between days and weeks.

My quest is still on. I intend to sit in the middle of the ideal BMI range, and also improve on my Vegan skills.